For the past 2 weeks I've been ideating mashup concepts for my UX design for web class. The students have been sharing links and observations through our class Google Group. Some of us use IM and phone to discuss each other’s projects. But the one thing that we haven't shared much of outside of class is our actual sketches. This has proven a challenge, as the kind of feedback you can give and receive from sharing sketches is much different, and better, than sharing ideas strictly with words.

Here's some interesting tools we could explore in our quest for online collaboration:

Cozimo
It's a real time multi user whiteboard! One of my clients recommended this to me and says it works like a charm on Mac and PC.

Flickr Photo Groups and SlideShare Groups
Flickr is the ubiquitous forum for viewing and commenting on images. SlideShare is like the multipage cousin of Flickr. And how great is it that there's a group that's collecting slide shows about Web 2.o tools for effective teaching? I did a quick scan and thought this one about Web 2.0 educational applications had a lot of great resources, some of which we've experimented with in our class, like Zoho and Google Docs. Personally, I found Google Docs to be more stable and robust than Zoho Writer, but there's a whole suite of tools that look worthy of exploring, such as web conferencing and project management software.

VoiceThread
"A VoiceThread is an online media album that can hold essentially any type of media (images, documents and videos) and allows people to make comments in 5 different ways - using voice (with a microphone or telephone), text, audio file, or video (with a webcam) - and share them with anyone. A VoiceThread allows group conversations to be collected and shared in one place, from anywhere in the world." Think of the potential this has not only for our critiques, but for client presentations and online portfolios. My first (quick) impression is that it's also a great example of a user friendly GUI.

Who wants to test drive these tools with me?
5 comments: Links to this post

Email ThisBlogThis!Share to TwitterShare to FacebookShare to Pinterest
Labels: Resource

Join in the conversation about your favorite UX tools of the trade (software, crafty supplies, methods) in a speed-dating style event. There will be small groups/topics that will switch up quickly throughout the evening, so you'll get to share your experience with many people. It looks like a fun and engaging way to learn more about UX and connect with fellow designers. Hope to see you there!

I recently joined IxDA, The Interaction Design Association. IxD is "the branch of user experience design that defines the structure and behavior of interactive products and services". The heart of IxDA is the online forum where members discuss everything from tools and methodologies to books and educational resources. This is the first year that IxDA had a conference. Fellow UX designer Pat Lang just sent me a link to the conference videos, which I'm pleased to share here. Thanks Pat!
No comments: Links to this post

I'm seriously considering shelling out $1,350 for Serious Play, a 3 day conference featuring the innovative minds of Irene Aum (User Experience Designer at Google), Tim Brown (President & CEO of IDEO), John Maeda and Philip Rosedale (Creator of Second Life). More than just a bunch of typical lectures, the conference speakers will lead 3 hour hands-on studios. The site doesn't say much about the studio topics yet, only that they range from "new creative strategies to product development and much more." If the studios are with any of the people I just mentioned, I may seriously have to go.
No comments: Links to this post

Presenting your ideas with passion 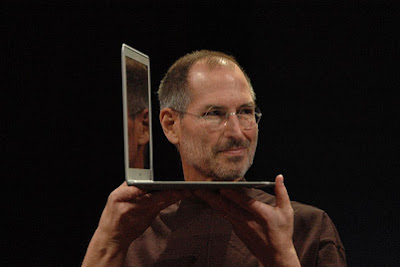 One of the people I admire most is Steve Jobs, not just for his groundbreaking products, but the way he presents them. I came across a great BusinessWeek article that outlined 10 ways to deliver a presentation like Steve Jobs. This got me thinking about my own experiences with presenting, which is something I really enjoy.

One of the most memorable presentations I made was when I was Design Director at The Sloan Group. There I lead a creative team that worked exclusively on WorldSpace (international satellite radio). It was the largest account in the agency at the time with a 50k a month retainer. WorldSpace was a fascinating opportunity to develop a global B to B brand. We created advertising campaigns, trade show booths and marketing materials that were translated into everything from Arabic to Chinese.

One morning I flew to WorldSpace corporate headquarters in Washington DC with Cliff, the president of the Sloan Group, and the lead account exec. On the plane Cliff leaned over and told me that I would be presenting the 12 concepts we developed for a new division, WorldScape. I sat forward and gazed at each logo in the deck, envisioning myself describing each one. I thought about how genuinely proud I was of every concept - solid, stand alone graphic identities that represented what the product was all about.

Flash forward to the presentation. I stood at the head of a long, glossy conference table packed with 20 top marketing and technical heads of WorldSpace. I introduced each of the concepts as if they were people, with distinct personalities and points of view, but all relatives in the WorldSpace family. As I placed the last board down and thanked everyone, something very unexpected happened - everyone applauded. This was the moment I realized how powerful speaking with passion and conviction can be. When you truly believe in your own ideas, other people can too.

Email ThisBlogThis!Share to TwitterShare to FacebookShare to Pinterest
Labels: My POV

The wonderful world of prototyping tools 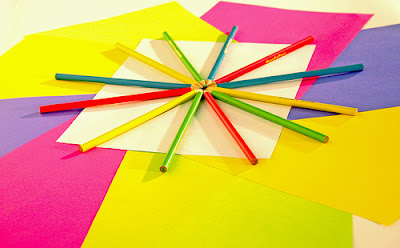 Last week I attended the LA User Experience Meetup at Wongdoody, a marketing ideas agency in Culver City. The focus of the evening was an iRise demo, a tool that makes wireframes and hi fidelity mock ups interactive and annotatable. It uses layout and functionality paradigms familiar to anyone who uses Adobe CS3 apps. iRise is definitely a big team tool, as it allows multiple people to work on 1 doc simultaneously, and the licensing price starts at 5k.

After the demo a few classmates and I got into a conversation about all the different prototyping tools available. So which ones should we be using? In my quest for the answer, I discovered a world of opinions, not just on the tools but how they're used together to communicate everything from rough ideas to polished presentations.

I recently joined IxDA and found some excellent threads on this topic. Check out What tools do you use for prototyping? and the feisty debate that sprang from that, Paper is not a prototyping tool. Here's just a few of the tools UX designers use:

1. Paper. Where ideas are born. Besides the shower.

2. Visio & Omnigraffle: Often referred to as Mac & PC equivalent of each other.

3. Axure & iRise. Similar in the fundamentals, but not in price.

4. Intuitect: First heard about this on Boxes and Arrows

5. Flash, Dreamweaver and After Effects: While Flash and Dreamweaver are often top of mind on the visual design/production end, they're commonly used for simulating interactions, such as a drag and drop. After Effects, a motion graphics app, can often express in movement what would be hard to describe in words.

6. HTML, CSS & AJAX: More control, but without the WYSISWG interface.

8. Powerpoint and Keynote: Some people add their Visio wireframes in Powerpoint to create a client demo.

9. Canvas 11: Haven't heard much about it. Looks similar to Illustrator.

10. GUI magnets: Enhance your whiteboard or your fridge! Not a product you can buy... yet. But I want to. You can also make your own with magnetic backed paper from Staples.

There are more. Many more. Bottom line? The tools you use will most likely be determined by your company. Some companies test drive new tools while others stick to the tried and true. The most important things you need as a UX designer are your ideas. How you communicate them can take innumerable forms.

Lea Ann
I'm a User Experience Designer with expertise in branding, creative direction and visual design. My passion is UX and product strategy for social and e-commerce experiences.

This is a Flickr badge showing public items from the UIPatternFactory.com group pool. Make your own badge here.